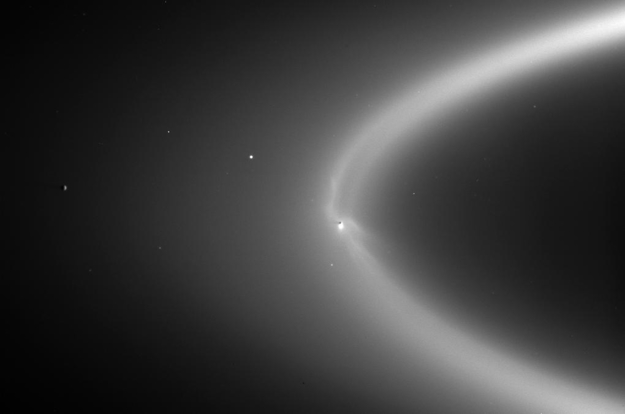 This great view of the plumes eminating from Enceladus' south polar region, feeding Saturn's diffuse E ring, was obtained with the Cassini spacecraft wide-angle camera on 15 September 2006, at a distance of approximately 2.1 million kilometres from Enceladus.

The plumes and E-ring particles appear very bright in this image because of the 175° Sun illumination angle (the scene is back-lit), which is favourable for light scattering by small particles.

Full image details are available in the NASA Cassini archive at http://saturn.jpl.nasa.gov/photos/imagedetails/index.cfm?imageId=2276