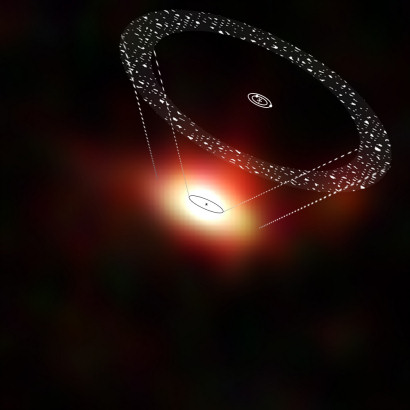 A sketch of the debris disc and the orbits of the two known planets is superimposed on the image. The relative sizes of the disc and planetary orbits are not drawn to scale: the disc is about 100 times larger than the orbit of the outermost planet.