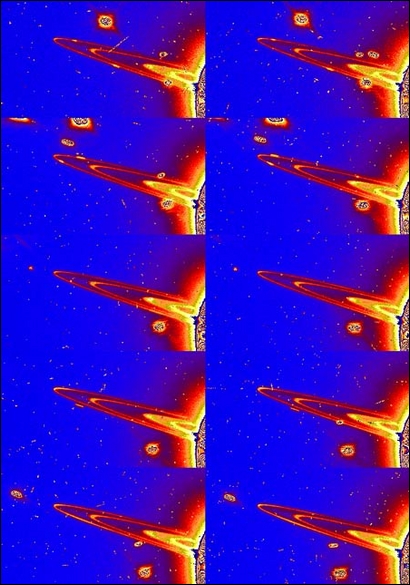 This series of 10 Hubble Space Telescope images captures several small moons orbiting Saturn. Hubble snapped the five pairs of images while the Earth was just above the ring plane and the Sun below it. The telescope captured a pair of images every 97 minutes as it circled the Earth. Moving out from Saturn, the visible rings are: the broad C Ring, the Cassini Division, and the narrow F Ring. For detailed descriptions of each frame please click the Caption link below.
View »
6-Feb-2023 23:03 UT