Many Bright Clouds on Uranus

Many Bright Clouds on Uranus 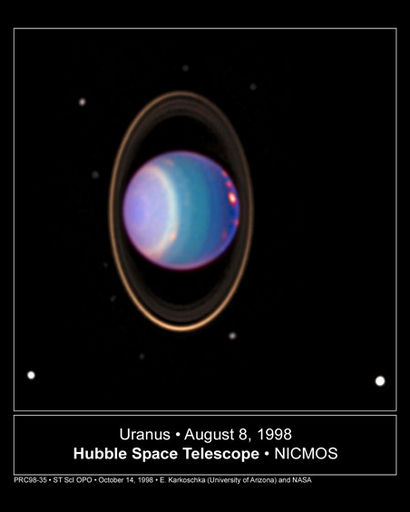 A recent Hubble Space Telescope view reveals Uranus surrounded by its four major rings and by 10 of its 17 known satellites. This false-color image was generated by Erich Karkoschka using data taken on August 8, 1998, with Hubble's Near Infrared Camera and Multi-Object Spectrometer.
View »
28-Nov-2022 04:46 UT