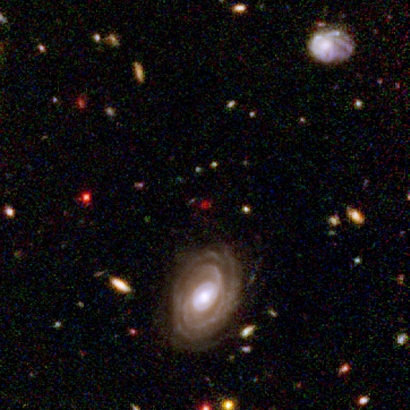 The galaxy was detected using Hubble's Near Infrared Camera and Multi-Object Spectrometer (NICMOS). But at near-infrared wavelengths it is very faint and red.