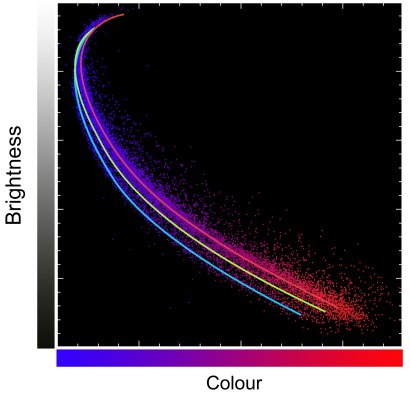 The three coloured curved lines, red, green and blue, represent the three different stellar generations that were discovered to be present in the globular cluster.