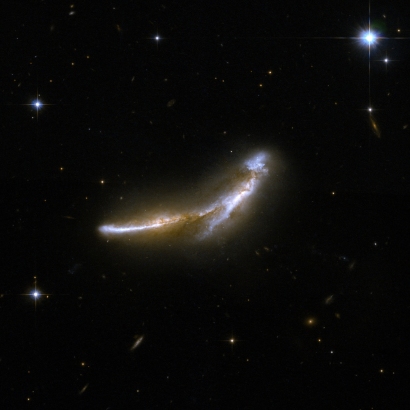 NGC 6670 is a gorgeous pair of overlapping edge-on galaxies. Scientists believe that NGC 6670 has already experienced at least one close encounter and is now in the early stages of a second. The nuclei of the two galaxies are approximately 50 000 light-years apart. NGC 6670 glows in the infrared with more than a hundred thousand million times the luminosity of our Sun and is thought to be entering a starburst phase. The pair is located some 400 million light-years away from Earth.