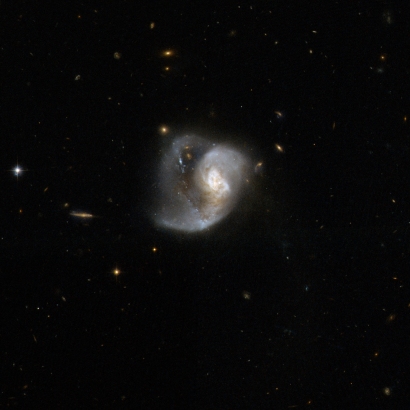 VV 283 looks like a single peculiar galaxy, but is in fact a pair of merging galaxies. A tidal tail swirls out from a messy central region and splits into two branches. The upward twisting branch is brightened by luminous blue star knots. Like many merging systems, VV 283 is a very luminous infrared system, radiating nearly 1012 times more energy than our Sun. VV 283 is located in the constellation of Virgo, the Maiden, some 500 million light-years away.