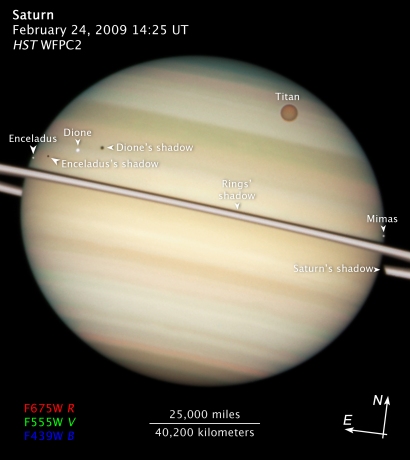 This Hubble Space Telescope image taken on 24 February 2009, highlights four of Saturn's moons and their shadows as they pass by their parent planet.
View »
6-Feb-2023 09:40 UT