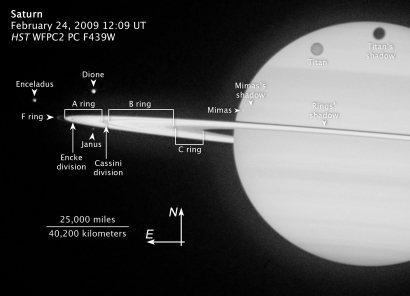 This Hubble Space Telescope image taken on 24 February 2009, highlights five of Saturn's moons and their shadows as they pass by their parent planet. Also visible are several of the planet's rings and two of the largest gaps: the Cassini Division and the Encke Division.
View »
5-Feb-2023 10:16 UT