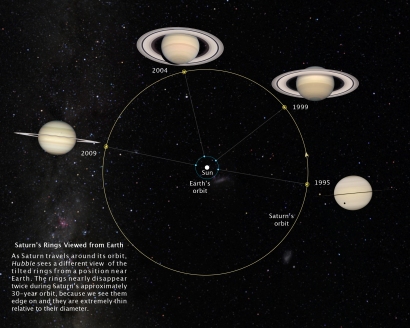 As Saturn travels around its orbit, Hubble sees a different view of the tilted rings from a position near Earth. The rings nearly disappear twice during Saturn's approximately 30-year orbit, because we see them edge on and they are extremely thin relative to their diameter.
View »
5-Feb-2023 11:55 UT