Artist's impression of debris around a white dwarf star

Artist's impression of debris around a white dwarf star 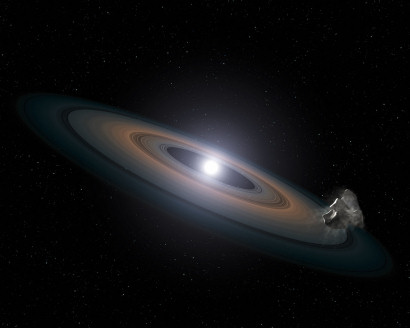 This illustration is an artist's impression of the thin, rocky debris disc discovered around the two Hyades white dwarfs. Rocky asteroids are thought to have been perturbed by planets within the system and diverted inwards towards the star, where they broke up, circled into a debris ring, and were then dragged onto the star itself.