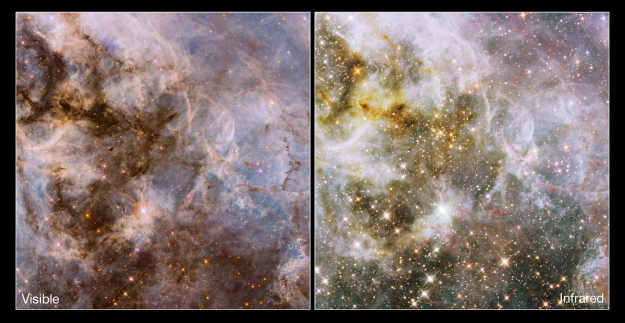 Created using observations taken as part of the Hubble Tarantula Treasury Project (HTTP), these images were snapped using Hubble's Wide Field Camera 3 (WFC3) and Advanced Camera for Surveys (ACS). The Hubble Tarantula Treasury Project (HTTP) is scanning and imaging many of the many millions of stars within the Tarantula, mapping out the locations and properties of the nebula's stellar inhabitants. These observations will help astronomers to piece together an understanding of the nebula's skeleton, viewing its starry structure.