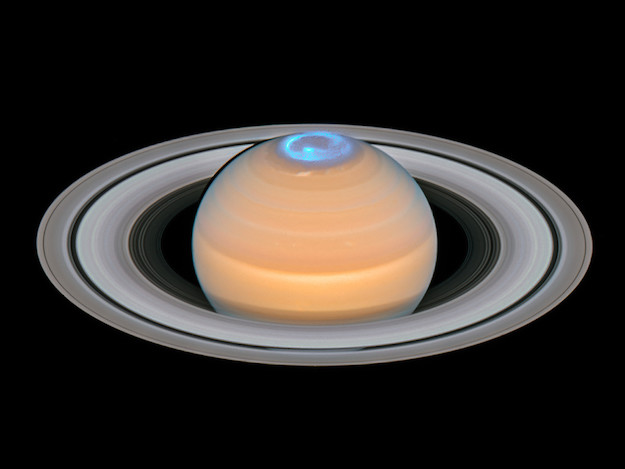 This image is a composite of observations made of Saturn in early 2018 in the optical and of the auroras on Saturn's north pole region, made in 2017.

In contrast to the auroras on Earth the auroras on Saturn are only visible in the ultraviolet — a part of the electromagnetic spectrum blocked by Earth's atmosphere — and therefore astronomers have to rely on space telescopes like the NASA/ESA Hubble Space Telescope to study them.