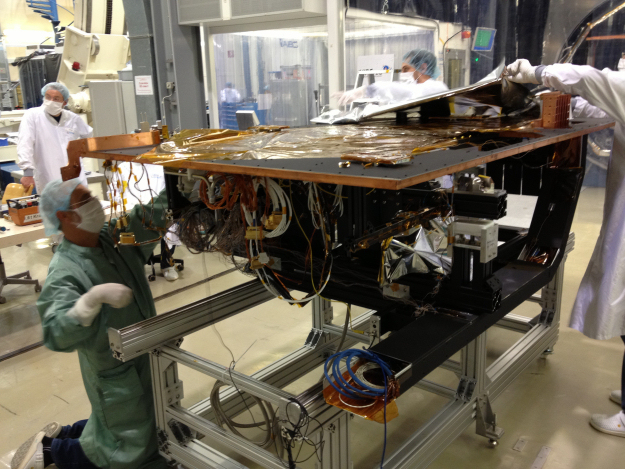 This picture shows the preparation of the support table. The table rolls in and out of the IABG cryogenic test chamber. Part of the circular door frame of the test chamber can be seen in the top right of the shot.

NIRSpec was installed on top of the support table seen in this picture. The copper coloured rim around the top of the table is the bottom part of the helium shroud which cools down and keeps NIRSpec at its operating temperature.

In the background the "clean tent" can be seen. This can be put over the support table to create a small cleanroom where NIRSpec can safely be prepared.