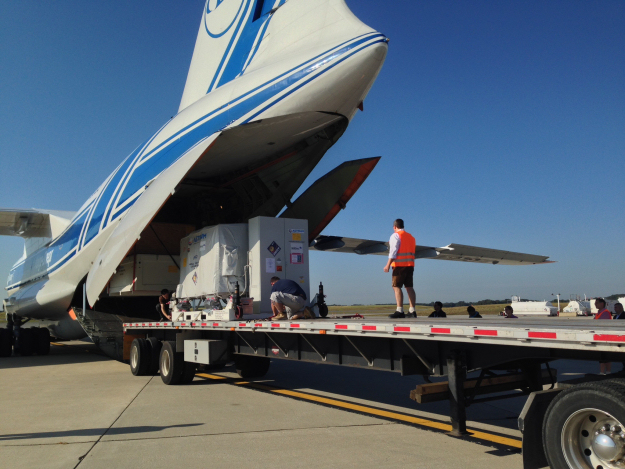 NIRSpec (the Near InfraRed Spectrograph) is offloaded at Baltimore Washington International airport in Maryland on 20 September 2013 following its flight from Munich.

The NIRSpec instrument was packed for flight in a special 'cocoon' to avoid damage from shocks, vibration or excessive humidity. Handling equipment for manipulating the instrument was also flown to the United States. NIRSpec is one of four instruments on the James Webb Space Telescope being assembled by NASA at Goddard Space Flight Center.