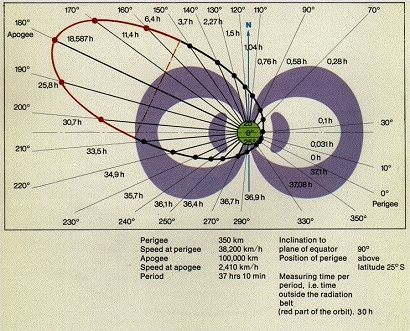 This plot shows the orbit of Cos-B. The purple regions indicate the positions of the radiation belts. The radial lines give the direction of the spacecraft as seen from the Earth at different times during its 37.17-hour orbit.

The measuring time where Cos-B was outside the radiation belts (30 hours per orbital period), is indicated with the red section of the orbit.