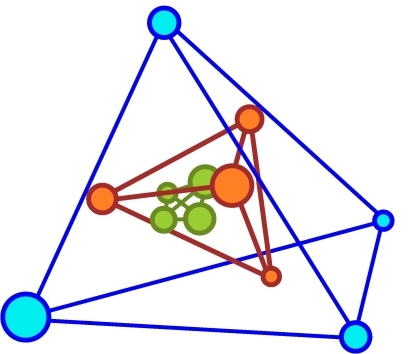 In the optimum configuration of 12 spacecraft (7 Cross-Scale plus 5 SCOPE) each of the three spatial scales (indicated by the three coloured, nested tetrahedra in this image) would be sampled.

EnVision: Understanding why Earth's closest neighbour is so different