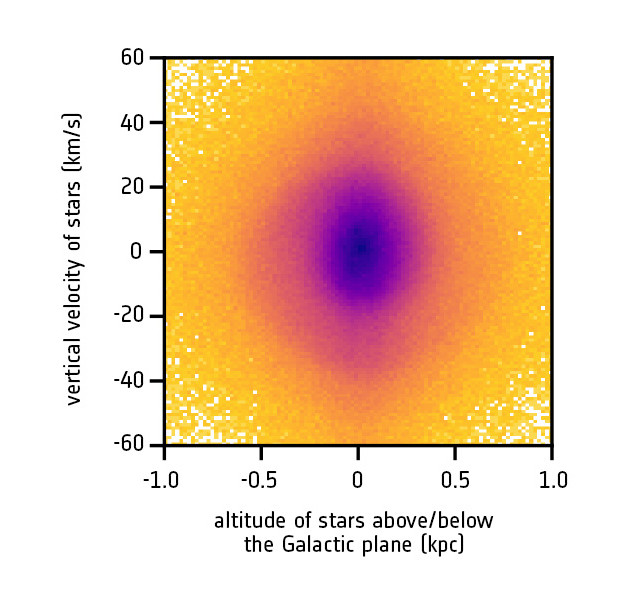 This graph shows the altitude of stars in our Galaxy above or below the plane of the Milky Way against their velocity in the same direction, based on data from the second release of ESA's Gaia mission.

The never-before-seen snail shell-like shape of the pattern was interpreted as a perturbation in the Milky Way's past, likely a galactic encounter. A similar pattern results from a computer simulation of a near collision that set millions of stars moving like ripples on a pond.

The close encounter revealed by the Gaia data likely took place sometime in the past 300–900 million years, and the culprit could be the Sagittarius dwarf galaxy, a small galaxy containing a few tens of millions of stars that is currently in the process of being cannibalised by the Milky Way.