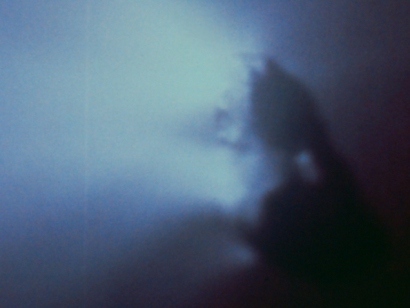 This is slide 4 of 12 from the second Giotto slide set. The following caption is the one originally provided with the slide set. For the first time images of a comet nucleus could be taken during the encounter with comet Halley. The nucleus was larger than expected (16 km x 7.5 km x 8 km) implying a lower albedo (- 0.04) than predicted. It was confirmed that the nucleus can be described as a 'dirty snowball' or even as an 'icy dirt ball'. The nucleus is probably very fluffy and might have a bulk density as low as 0.3g cm-3.
View »
9-Dec-2022 03:08 UT