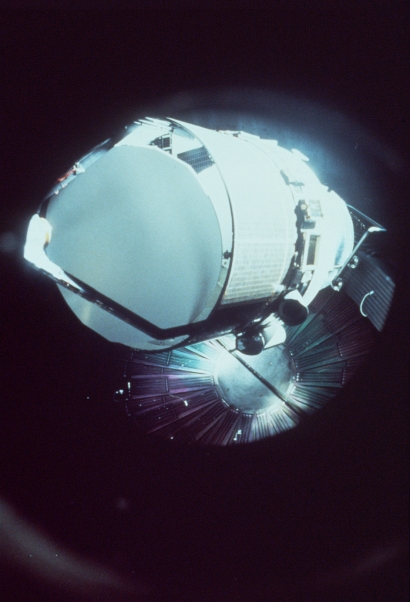 This is slide 11 of 20 from the first Giotto slide set. The following caption is the one originally provided with the slide set. Giotto spacecraft during the solar simulation test. During the test the spacecraft was spinning at 10 rpm. The solar radiation was simulated by 36 lamps with a total power that varied from 1250 to 1800 Watts/m² and an aspect angle that varied from 35° to 130° to simulate the effect of the Sun on the spacecraft during the various phases of the mission for verification of the thermal model.
5-Dec-2020 12:08 UT