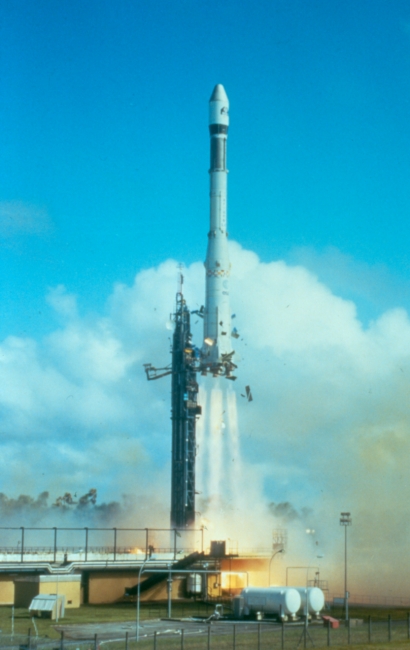 This is slide 12 of 20 from the first Giotto slide set. The following caption is the one originally provided with the slide set. Giotto will be launched by an Ariane 1 rocket from Kourou, French Guyana. (The slide shows the launch of another spacecraft). On the left hand side is the service tower which has been withdrawn from the rocket. The launch window opens at the end of June and closes in mid August, and averages one hour per day. The nominal launch date is 2 July 1985.
5-Dec-2020 13:09 UT