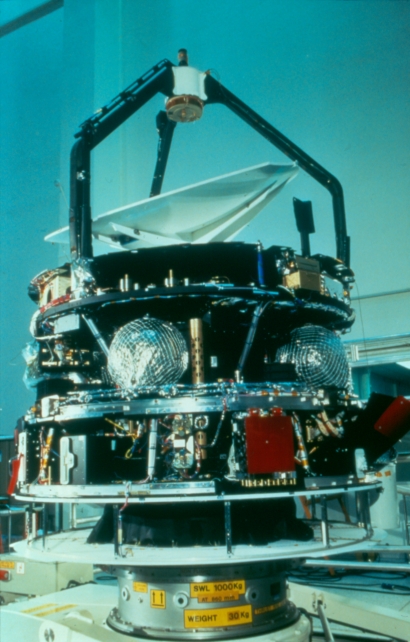 This is slide 8 of 20 from the first Giotto slide set. The following caption is the one originally provided with the slide set. Giotto spacecraft during integration in the Intespace facility in Toulouse, Shown on the experiment platform from right to left: camera (white, looking down), star mapper (red, looking up), EPA with its three very small telescopes, NMS (red plate), two hydrazine jets used for orbit and attitude control, liS of the JPA experiment and on the left edge HERS of the IMS experiment. The silver spheres on the main platform are two of the four hydrazine tanks.
26-Jan-2021 12:01 UT