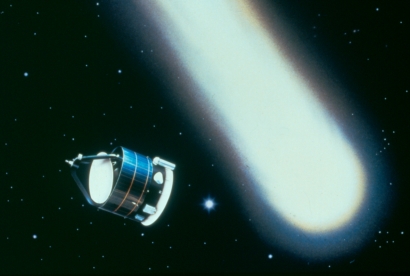 This is slide 18 of 20 from the first Giotto slide set. The following caption is the one originally provided with the slide set. The Giotto spacecraft approaching Halley's Comet. The comet is a painting after the Mt. Wilson Observatory photograph taken of Halley's Comet on 8 May 1910.
View »
7-Feb-2023 02:56 UT