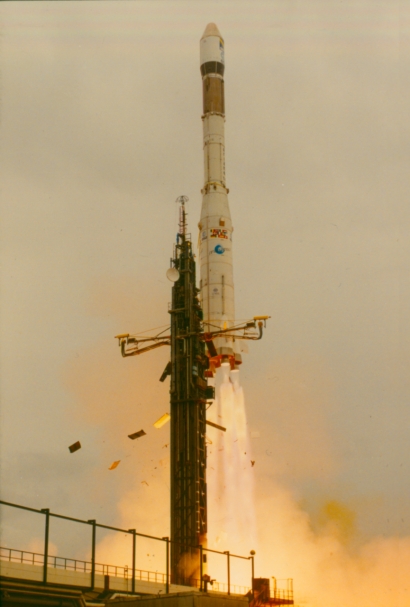 This is slide 12 of 12 from the second Giotto slide set. The following caption is the one originally provided with the slide set. Lift off of Ariane flight 14 carrying Giot- to at 11hrs 23 mins UTC on 2 July 1985. The launch was accomplished on the first day of the official launch window from the European launch facility at Kourou, French Guyana. Ariane-1 was the first of the European launches series and generates 245 000 kg of thrust from its four Viking V engines at lift-off. A mission originally planned to last only eight months finally became a seven year 'Odyssey' with an unprecedented encounter with two comets.
18-Jun-2021 18:12 UT