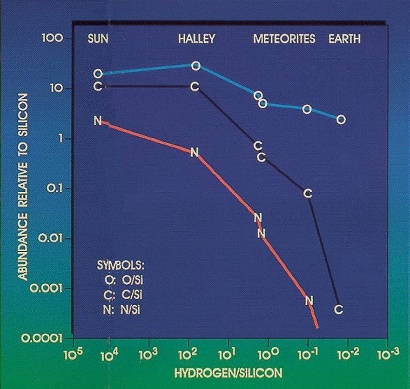 For several Solar System objects the abundances of key elements relative to silicon (Si) are plotted against the relative abundance of hydrogen to silicon. From top to bottom: oxygen (O), carbon (C) and nitrogen (N).

All of the comet's light elements (except nitrogen) were found in the same relative abundance as for the Sun. This means that Comet Halley consists of the most pristine (unprocessed) material known in the Solar System.