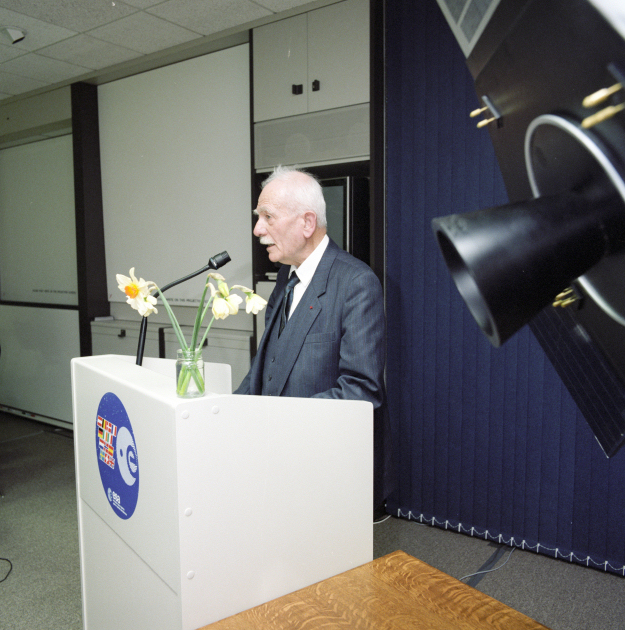 Pierre Lacroûte (1906-1993) was a pioneer of space astrometry. In 1967 he proposed a space astrometry mission to perform differential astrometric measurements on the sky, and to do so across very wide angles; this became the Hipparcos mission.

At the press conference, Reimar Lüst (ESA Director General from 1984 to 1990) received the Hipparcos Input Catalogue on behalf of ESA, in the presence of members of the Hipparcos science community and ESA Hipparcos team members.

The Hipparcos Input Catalogue formed the mission's observing programme: it contained over 100 000 target stars that Hipparcos would monitor to obtain their astrometric properties.