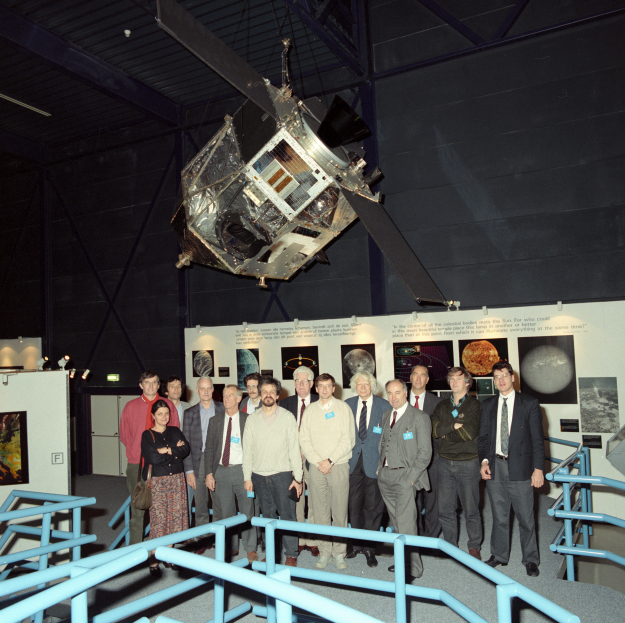 Members of the Hipparcos science team at Space Expo, Noordwijk, the Netherlands, 3 December 1992. An engineering model of the satellite is visible behind them.