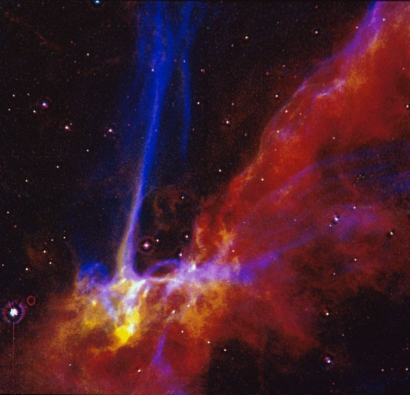 This is an image of a small portion of the Cygnus Loop supernova remnant, taken with the Wide Field and Planetary Camera on NASA's Hubble Space Telescope on 24 April 1991. This research is being presented at the 181st Meeting of the American Astronomical Society in Phoenix, AZ on January 6, 1993, by Dr. Jeff J. Hester, of Arizona State University.
View »
4-Oct-2022 20:19 UT