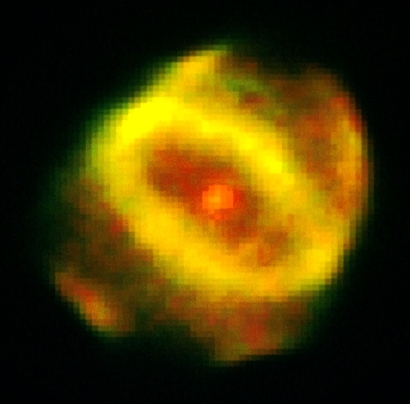 This is a NASA/ESA Hubble Space Telescope picture of a recently-formed "planetary nebula," known as Hen 1357. This expanding cloud of gas was ejected from the aging star in the center. Much of the gas is concentrated in a ring which appears tilted 35 degrees. This research is being presented at the 181st Meeting of the American Astronomical Society meeting in Phoenix, AZ on 5 January 1993. by Dr. Matt Bobrowsky of CTA INCORPORATED, in Rockville, Maryland.
View »
4-Oct-2022 20:58 UT