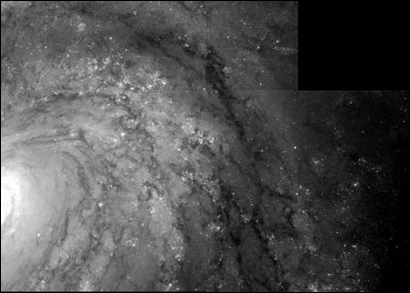 This NASA Hubble Space Telescope image of a region of the galaxy M100 shows a class of pulsating star called a Cepheid Variable. Though rare, these stars are reliable distance indicators to galaxies. Based on the Hubble observation, the distance to M100 has been measured accurately as 56 million light-years (+/- 6 million light-years), making it the farthest object where intergalactic distances have been determined precisely.
View »
31-Jan-2023 14:45 UT