History of our Galaxy

History of our Galaxy 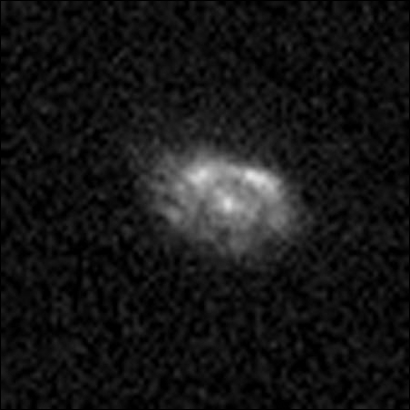 Distinctive spiral structure appears more vague and disrupted in galaxies that existed when the universe was nearly one-third its present age. These objects do not have the symmetry of current day spirals and contain irregular lumps of starburst activity. However, even this far back toward the beginning of time, the elliptical galaxy (top) is still clearly recognizable. However, the distinction between ellipticals and spirals grows less certain with increasing distance.
View »
4-Oct-2022 20:31 UT