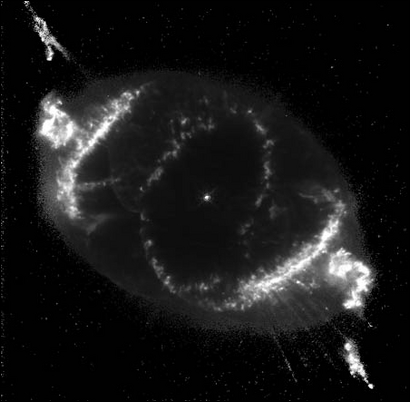 This Hubble Space Telescope image shows one of the most complex planetary nebulae ever seen, NGC 6543, nicknamed the "Cat's Eye Nebula." Hubble reveals surprisingly intricate structures including concentric gas shells, jets of high-speed gas and unusual shock-induced knots of gas. Estimated to be 1,000 years old, the nebula is a visual "fossil record" of the dynamics and late evolution of a dying star.
View »
31-Jan-2023 13:02 UT