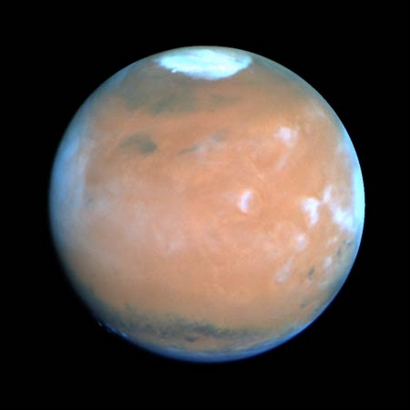 This Hubble Space Telescope view of the planet Mars is the clearest picture ever taken from Earth, surpassed only by close-up shots sent back by visiting space probes. The picture was taken on February 25, 1995, when Mars was at a distance of approximately 65 million miles (103 million km) from Earth.
View »
27-Jan-2023 01:49 UT