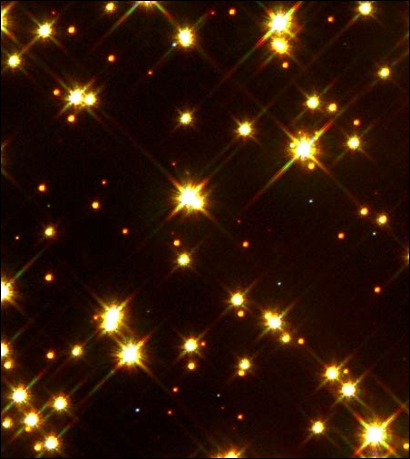 A Hubble Space Telescope color image of a small portion of the cluster only 0.63 light-years across reveals eight white dwarf stars (inside blue circles) among the cluster's much brighter population of yellow sun-like stars and cooler red dwarf stars.

Hubble reveals a total of 75 white dwarfs in one small area within M4, out of the total of about 40,000 white dwarfs that the cluster is predicted to contain.