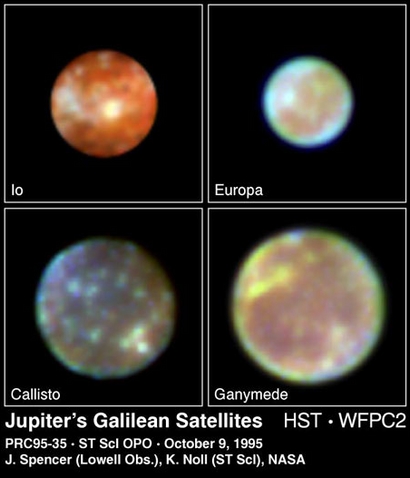 This is a Hubble Space Telescope "family portrait" of the four largest moons of Jupiter, first observed by the Italian scientist Galileo Galilei nearly four centuries ago.

Located approximately one-half billion miles away, the moons are so small that, in visible light, they appear as fuzzy disks in the largest ground-based telescopes. Hubble can resolve surface details seen previously only by the Voyager spacecraft in the early 1980s.