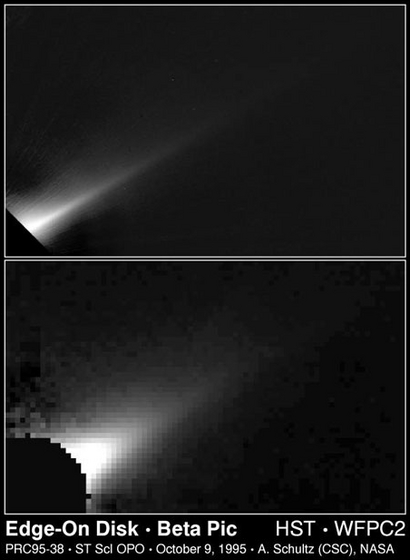 This Hubble Space Telescope image of a portion of a vast dust disk around the star Beta Pictoris shows that the disk is thinner than thought previously. Estimates based on the Hubble image place the disk's thickness as no more than one billion miles (600 million kilometers), or about 1/4 previous estimates from ground-based observations.

For comparison the disk appears four times thicker in a ground-based image of Beta Pictoris due to the limitation of atmospheric seeing. This red-light image (approximately 7,000 Angstroms) image was obtained at the Mauna Kea Observatory, Hawaii, on the 2.2-meter telescope.