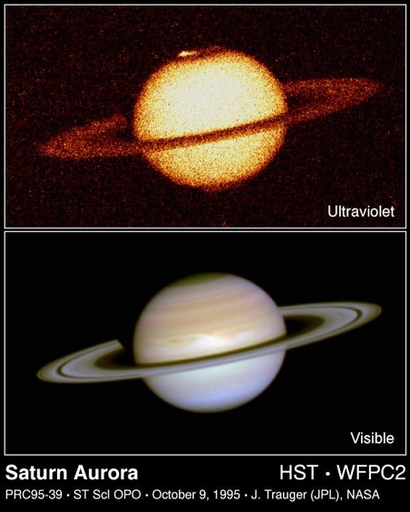 This is the first image ever taken of bright aurorae at Saturn's northern and southern poles, as seen in far ultraviolet light by the Wide Field and Planetary Camera 2 aboard the Hubble Space Telescope.

For comparison, this is a visible-light color composite image of Saturn as seen by Hubble on December 1, 1994. Unlike the ultraviolet image, Saturn's familiar atmospheric belts and zones are clearly seen. The lower cloud deck is not visible at UV wavelengths because sunlight is reflected from higher in the atmosphere.