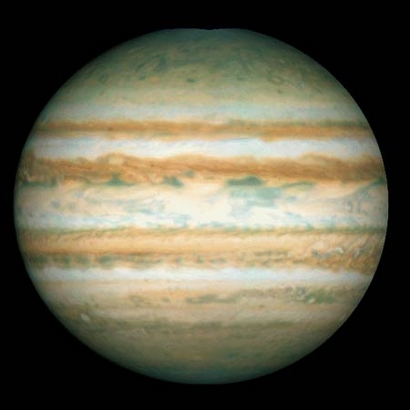 This Hubble Space Telescope image of Jupiter was taken on Oct. 5, 1995, when the giant planet was at a distance of 534 million miles (854 million kilometers) from Earth.

The arrow points to the predicted site at which the Galileo Probe will enter Jupiter's atmosphere on December 7, 1995. At this latitude, the eastward winds have speeds of about 250 miles per hour (110 meters per second).