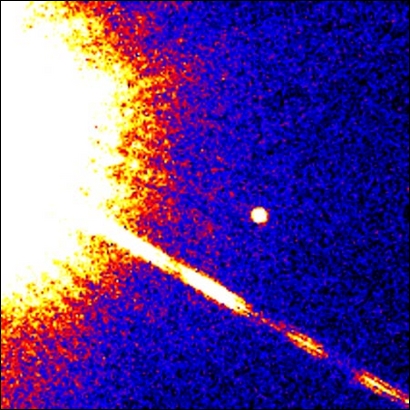 This image of the GL229B (center) was taken with Hubble Space Telescope's Wide Field Planetary Camera-2, in far red light, on November 17, 1995.

The Hubble observations will be used to accurately measure the brown dwarf's distance from Earth, and yield preliminary data on its orbital period, which may eventually offer clues to the dwarf's origin.