Cometary Knots around a Dying Star

Cometary Knots around a Dying Star 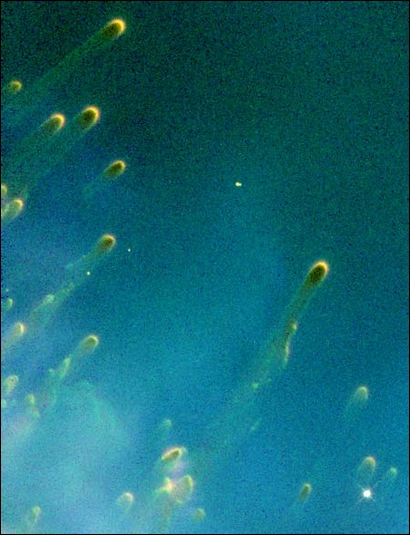 These gigantic, tadpole-shaped objects are probably the result of a dying star's last gasps. Dubbed "cometary knots" because their glowing heads and gossamer tails resemble comets, the gaseous objects probably were formed during a star's final stages of life.
View »
29-Sep-2022 14:11 UT