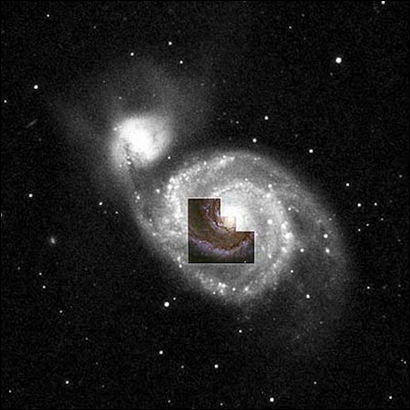 The galaxy's massive center, the bright ball of light in the center of the photograph, is about 80 light-years across and has a brightness of about 100 million suns.

Astronomers estimate that it is about 400 million years old and has a mass 40 million times larger than our Sun.

The concentration of stars is about 5,000 times higher than in our solar neighborhood, the Milky Way Galaxy. We would see a continuously bright sky if we lived near the bright center.