The Expansion of Eta Carinae Debris

The Expansion of Eta Carinae Debris 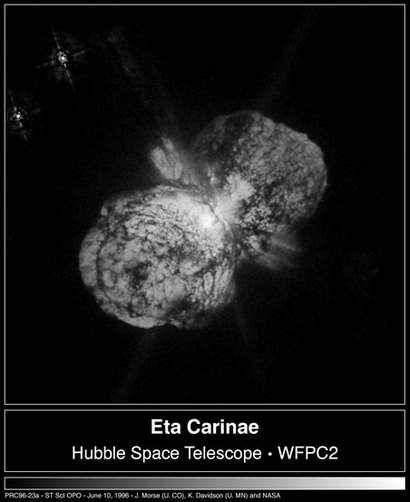 The furious expansion of a huge, billowing pair of gas and dust clouds are captured in this Hubble Space Telescope comparison image of the supermassive star Eta Carinae.

To create the picture, astronomers aligned and subtracted two images of Eta Carinae taken 17 months apart (April 1994, September 1995). Black represents where the material was located in the older image, and white represents the more recent location.