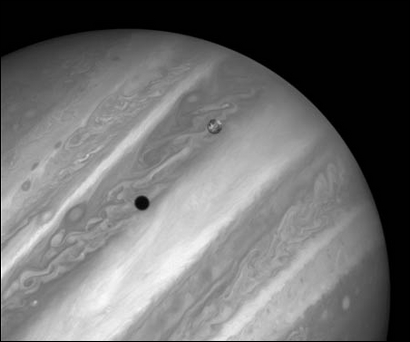 This image, shows Jupiter's volcanic moon Io passing above the turbulent clouds of the giant planet, on July 24, 1996. The conspicuous black spot on Jupiter is Io's shadow.

The smallest details visible on Io and Jupiter are about 100 miles across. Bright patches visible on Io are regions of sulfur dioxide frost. Io is roughly the size of Earth's moon, but 2,000 times farther away.