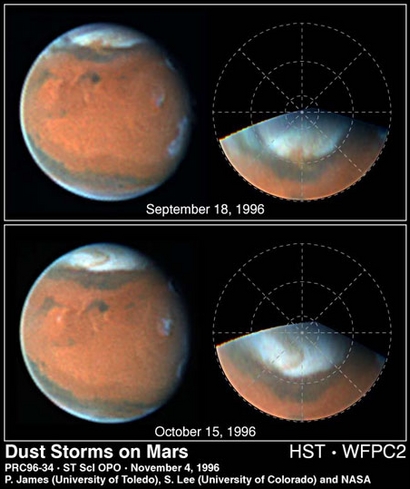 Two Hubble Space Telescope images of Mars, taken about a month apart on September 18 and October 15, 1996, reveal a state-sized dust storm churning near the edge of the Martian north polar cap.

Mars is famous for large, planet-wide dust storms. Smaller storms resembling the one seen here were observed in other regions by Viking orbiters in the late 1970s.