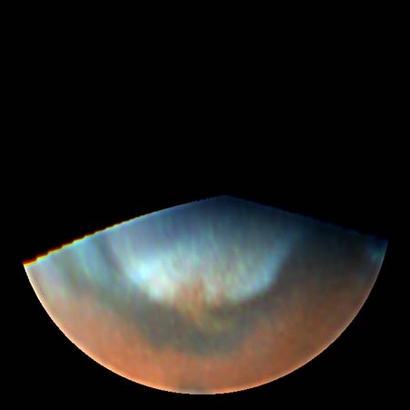 The salmon colored notch in the white north polar cap is a 600-mile (1,000 kilometer) long storm - nearly the width of Texas!

This image was taken when Mars was more than 186 million miles (300 million kilometers) from Earth, and the planet was smaller in angular size than Jupiter's Great Red Spot!