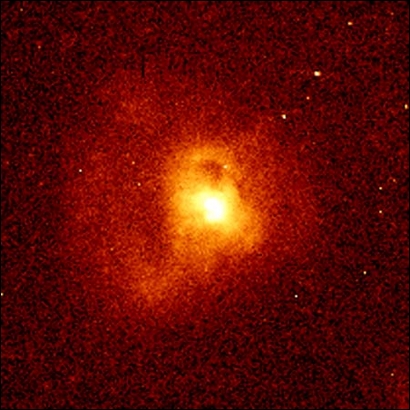 Hubble has captured evidence of a dance between two merging galaxies. The galaxies may have orbited each other several times before merging, leaving distinct loops of glowing gas around quasar IRAS13218+0552. The quasar is 2 billion light-years from Earth. The elongated core in the center of the image may comprise the two nuclei of the merging galaxies.
View »
4-Feb-2023 22:24 UT