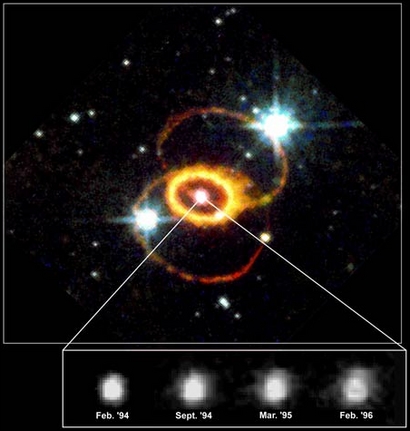 This Hubble Space Telescope picture shows Supernova 1987A and its neighborhood. The series of four panels shows the evolution of the SN 1987A debris from February 1994 to February 1996. Material from the stellar interior was ejected into space during the supernova explosion in February 1987. The explosion debris is expanding at nearly 6 million miles per hour.
View »
3-Dec-2021 19:12 UT