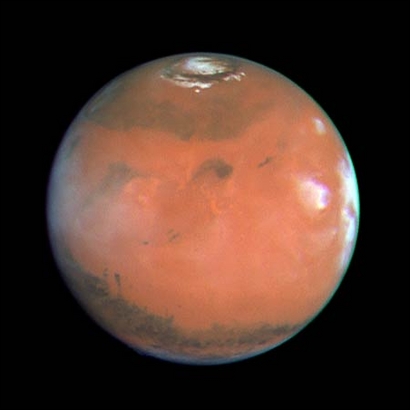 This relatively featureless sector of Mars stretches from the Elysium volcanic region in the west to the Tharsis volcanoes (shrouded by the bright clouds near the afternoon limb) in the east.

The group of three dark specks just left of center are all that remain of Cerberus, a very prominent dark region during the Viking and Mariner 9missions. This is an example of the remarkable large scale changes which can occur on Mars due to windblown dust: the former dark area has now been covered by a layer of bright dust, masking the underlying material.