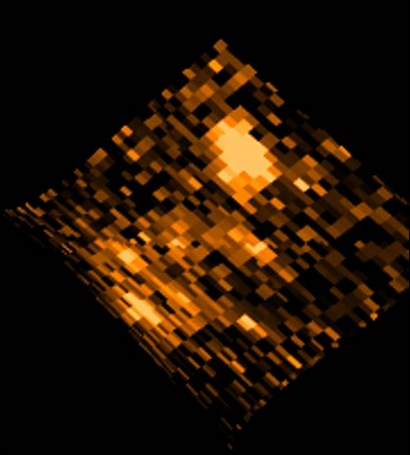 A theoretical model of the cluster lens is used to "unsmear" the gravitationally-lensed image back into the galaxy's normal appearance. The corrected image gives a highly magnified view of the distant galaxy with detail 5-10 times smaller than Hubble alone can provide. It clearly shows several bright, very compact regions of intense star formation.

These starburst regions are as 700 light-years across. The knots are so bright they indicate bursts of star formation taking place at a much faster rate than seen in most galaxies at the present time.